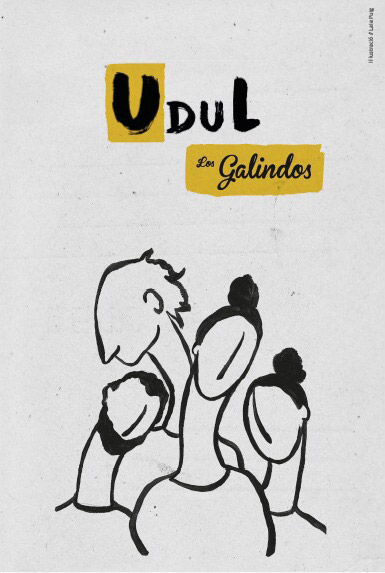 “These are convulsive times, surprise becomes accustomed to a search for singular naturalness, an unexpected everydayness, suspended logic…”

«[…] They would not let themselves be beaten by indifference, they liked to obsess over things of the imagination and improbable feats.

Physical limitations were a divertimento and a challenge to extrapolate. Any opportunity to top ridicule, anything that caused consternation and disrupted the established order of logic in human relations was welcomed at their gatherings and shows. They wanted to live to laugh, to laugh to surprise themselves, with surprises that left them speechless, astonished by beauty and ignorance 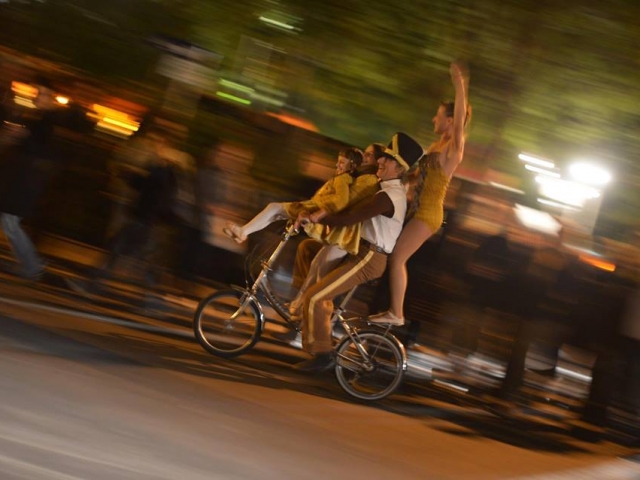 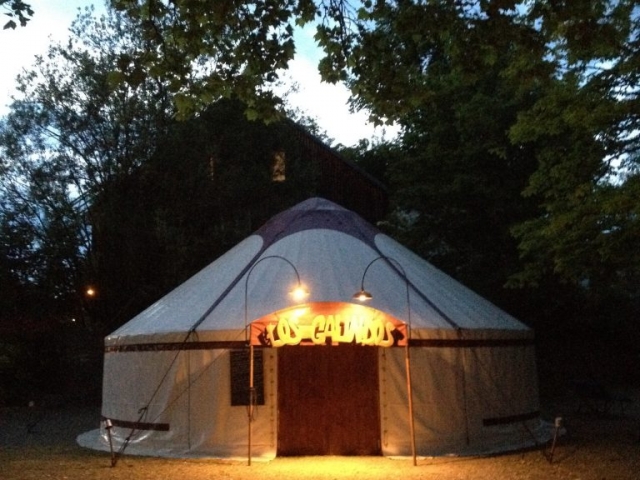 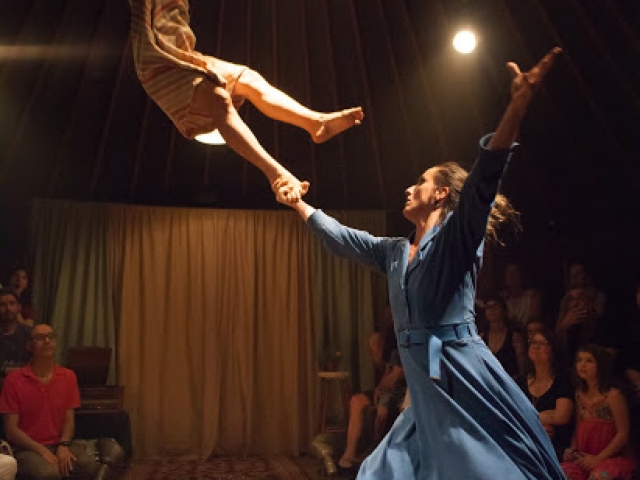 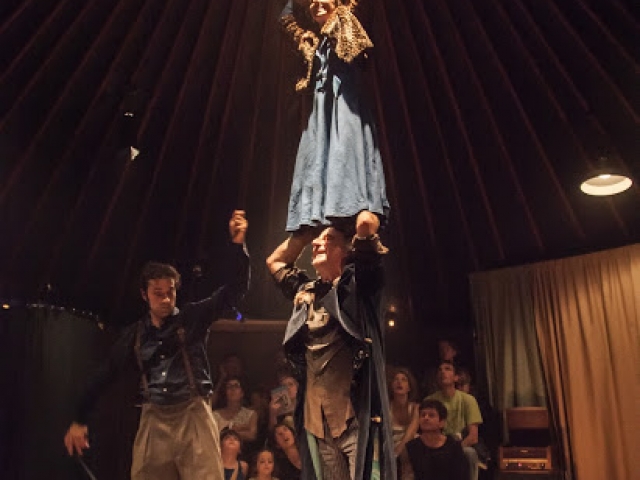 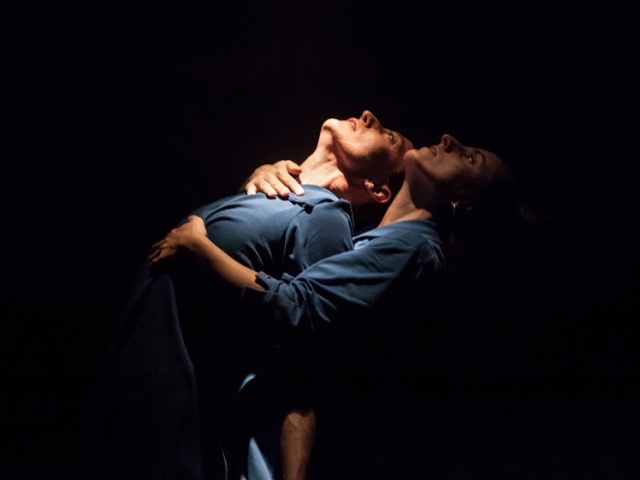 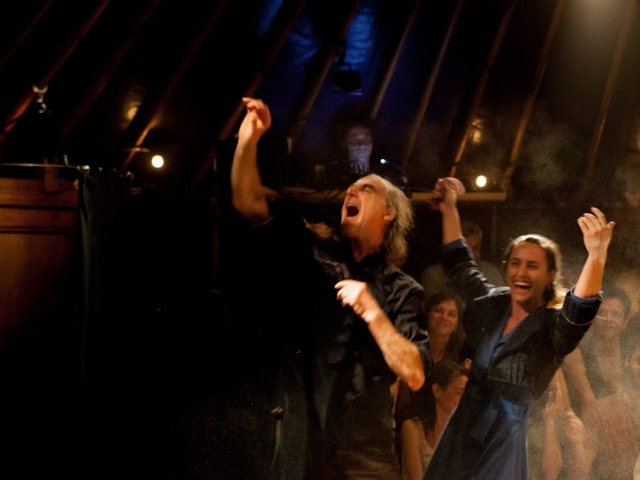 We were inspired by the rhythms of vaudeville due to an initial desire to search for the scenographic transformation of the yurt and its stage space.

Also the genre’s proximity with circus and as the origin of music hall and variety shows was a factor.

It is both a homage and a declaration that our theatrical language is a form of popular culture and expression. As can be seen in the word “vaudeville” originating from shows put on in towns in France, “voix de ville” (voice of the town) being the previous written form of the word.

In the stage space emotional landscapes will be revealed where understanding and misunderstanding coexist with false politeness, the ego, cruelty and fear.

A time for play and involvement. A circus of gut-feeling; visceral and direct.

The characters are the stars of a series of situations which they modify with a mixture of tenacity, conviction and naturalness that goes beyond conflict or understanding. They repeatedly restart the situations until selling themselves at any price, no matter how ridiculous, in order to carry on existing.

This new creation will take place in the yurt, where we want to continue welcoming people, this new place which moves geographically but is always in the same place.
Since 2011 we, Los Galindos, have been performing our shows in a yurt, a portable marquee made of wood and canvas.

The space inside the yurt is open and free of obstacles with the audience set out 360º around the central ring, creating three stage entrances:

The three entrances are connected by a semi-circular corridor running inside the yurt itself from one secondary entrance to the other.

This layout allows for a variety of entrances and exits to be made by the players and also can be used as a circuit/labyrinth for the audience to find their seats.

The first stage of exploration

Bet Garrell and Marcel Escolanao have conducted a preliminary exploration of the scenic material regarding elements, objects, technique, construction of characters, acting talent, body language… from which they have roughed out the preliminary dramatic ideas from which the structure of the show can be built.

It is from the decisions taken during experimentation in the ring that the second stage can be initiated.

The second stage of exploration

The approach of the company has always been to look to collaborate and share ideas and the ring with other artists. During this second stage we started collaborating on exploring and working in the ring with Anna Pascual.

In the technical area a fourth person became part of the group; Benet Jofre joined as builder and performance technician.

With Anna Pascual we started from the work together and the good vibrations produced during the creation of a previous show Encara no ho sé, Lola, and after the work together during the second stage of exploration we all hope to continue our collaboration.  It is also an exercise in intergenerational exchange for the company, where we are all interested in inherent circus crafts and an exchange of knowledge and influences occurring in a natural and reciprocal way.

Both Anna Pascual and Benet Jofre are ex-students of the Escuela de Circo Rogelio Rivel, of which Bet and Marcel were cofounders and directors for its first five years.

The wardrobe, textile constructions and scenography

In keeping with the last 25 years, Perturbado de Ponzoña is in charge of wardrobe.

and together with us she will research material for the ring and scenery curtains as well as props, as is usual with the company’s productions.

Tracking the process of creation will enable us to discover all the details involved in the project that should be addressed as it evolves, which will then probably be worked on during the third creative residence period.

In the area of movement and body language, as well as character gestures and consolidation, and exploration into music and sound design, we would like to be able to compare and contrast the creative process at specific points and phases of development with other colleagues with an outside view point and/or specific involvement:

The processes and projects have connections and continuities that are often intuitive… Let the adventure begin!

Concept and artistic creation in ring:

Support for the sound system:

With the aid of:

With the support of: